Skype for Business to Microsoft Teams: The Facts

What is Microsoft Teams?

One way of understanding Microsoft Teams is to think of it as having two strands of features. One strand is focused on communication, with functions like instant messaging, voice over IP, videoconferencing and public switched telephone network (PSTM) conferencing. The other strand is focused on working practices, with a shared workspace for Microsoft Office applications such as PowerPoint and Word, as well as a hub for virtual meetings. Bots are also built into Microsoft Teams to enable enhanced productivity through features like polling groups of colleagues and creating scheduled reports.

Why do I need to switch?

As should be clear from the above, many of the functions that Microsoft Teams offers already overlap substantially with those of Skype for Business. Ultimately, Microsoft is aiming to deliver a single clients experience, consolidating the features on offer from Skype (which, of course, Microsoft acquired in 2011) with those it has developed independently. The net result should be a cloud-based resource for organisations to use for teamwork, with fully integrated voice and video capabilities, as well as the suites of productivity applications used by most businesses every day.

Furthermore, Microsoft Teams is offered as part of the Office 365 cloud-based subscription model, which increasing numbers of organisations are migrating to anyway as part of a general shift to the cloud. If your organisation has a cloud migration path planned, then the chances are it includes Office 365 as a matter of course – and if it doesn’t, you should be seriously questioning why not.

Obviously, there are always complexities involved in shifting an organisation from one tool or application to another, but this is a realm in which Microsoft has vast experience. The migration process has been carefully planned and staggered and doesn’t need to restrict your organisation in any way.

What do I need to do?

A useful resource to begin with is Microsoft’s Office 365 roadmap, which sets out the planned updates in store for Office 365 subscribers, including updates to Teams, and can help you choose the best time for your organisation to make the move.

Next, you need to look at optimising your current Skype for Business environment for Microsoft Teams. This should involve a network readiness assessment to establish network performance and planning, and any ports and protocols you will need to open, as well as correctly implementing and operating the required Office 365 services, such as SharePoint Online, Exchange Online and OneDrive for Business.

At this stage, you can pilot Microsoft Teams alongside Skype for Business, perhaps allowing users to run the application they are more used to whilst they familiarise themselves with the new tool. There is already some overlapping functionality between the two, but, as mentioned, you will need to refer to Microsoft’s roadmap to establish exactly when the functionality your organisation requires is set live on Teams. Microsoft also recommends that you review the upgrade modes available within Teams and Skype for Business so as to set precisely the right coexistence framework for your business.

As your migration goes fully through and you switch to using purely Microsoft Teams, it’s important to look beyond the technology deployment and consider how the migration is communicated to your users, and how they are trained in the new application. Microsoft Teams is a transformative application for business collaboration, but it is also a new tool, and optimising it for your needs requires buy-in at all levels of your organisation.

If you require further advice on your Microsoft Teams migration path, why not get in touch with APH today? 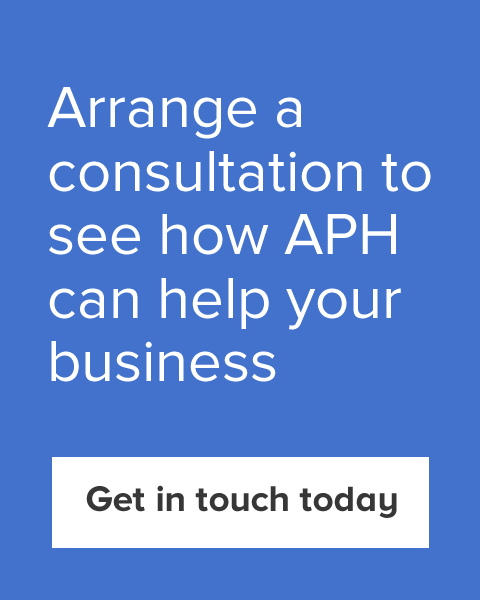